We would like to tell you the family tree of our family and the corporate evolution that has led us to be what we are today. 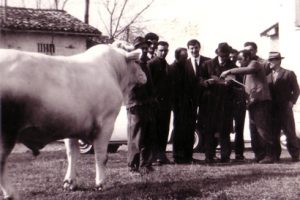 It all started back in 1813 by Antonio, a native of S. Eusebio, a small village near San Vito, in the province of Modena. Antonio was a “tenant”, a term used, in those years, when the owner of the land granted, to a family he liked, a plot of land with a house, a stable for livestock and a porch for tools; expenses and crops were divided equally. They were hard times for our ancestors and Anthony, father of 6 children, knew he could count on them for the hard work in the country. During those years, women were devoted mainly to domestic jobs and spent their time doing laundry, ironing, looking after the children and managing family life; men were dedicated to making wine, decanting and bottling it or took care of cattle or worked in the fields. They had to reckon with a land that produced little, the work was very laborious and there were no machines, they had to do everything by hand. The only tool they had was the wooden plough which was cumbersome and was therefore very tiring to keep it in the furrow. Wheat was threshed in the farmyard with the oxen, turning and turning over an infinite number of times. The very few cows, 5/6, were milked all by hand and the milk was carried in the dairy with a wooden cart pulled by a burden beas. 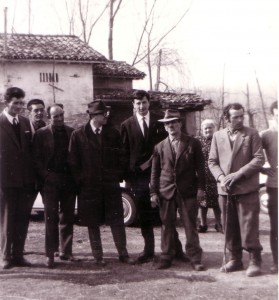 In 1913, Edoardo, known as “Duardein”, which was the oldest of six children of Antonio, moved with his family to San Vito, in a land given in sharecropping by Mr. Sandonnino, an old chap. When he applied to have the land, Edoardo was chosen among the twenty-seven suitors thanks to the excellent reputation that the Bergonzini family had earned over the years with the sweat and honesty that has always distinguished it. Over the years, Edoardo managed to milk up to 9 cows to feed his many children, but soon, the land granted by Sandonnino became too small for a rapidly expanding family. For this reason, Edoardo and his children sought a larger land and, thanks to Don Giovanni Forghieri, parish priest of San Vito, rented a more extended one in 1922. Things went well and they were able to milk up to 14/15 cows. 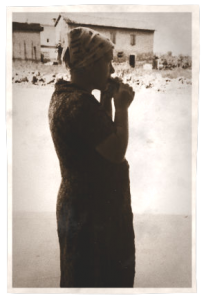 In 1935, following the colonial war for the conquest of Ethiopia, heavy economic sanctions were applied and, consequently, all trade was blocked: the poorest people did not know how to do to scrape by, workers had no jobs and farmers were unable to sell what they produced. 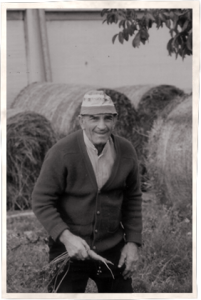 In 1963, together with two of his brothers and with the money set aside in years of hard work, Romano acquired a land in San Vito at via Foschiero and, in the new barns, achieved to milk up to 22 cows. Thanks to the evolution of technologies and the economic availability of those years, they could rely on the first milking machines, replacing the method of hand milking. Yet the work to do was still a lot and land and animals required many sacrifices every day. 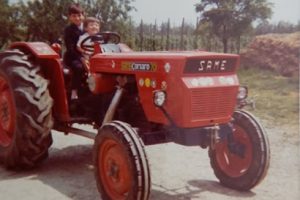 After 1978 Romano remained alone with his family to manage the farm and after a few years, in 1986, the Azienda Agricola Emilia was born. Then Romano and his sons, Giuseppe and Carlo, decided to expand again and bought the neighbouring land: so they got to milk 56 cows. In those years, the market of Parmigiano Reggiano was fluctuating, but allowed anyway to invest on animal welfare, on technologies and machinery that would soon replace the manual drudgery in the countryside and in the stables. 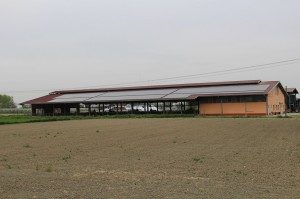 With an important investment and driven by passion for animals and for mother earth, the Bergonzini family in 2001, realised a big dream: to build a free stall barn, capable of accommodating 150 free cows able to lie down in comfortable straw bedding, to walk at will, to drink and to eat according to their needs: a modern farm was born. 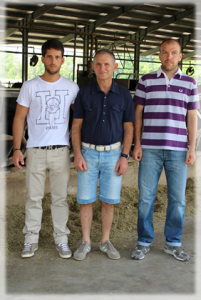 Today the Bergonzini family has further enlarged and can count on fresh young forces. The Azienda Agricola Emilia is a 100% family company and the future project is to grow and continue the activity still within the household, with the intent to give a future to our children and to their children and realize a dream for us and our predecessors.